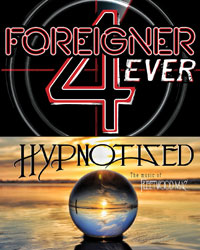 × Hypnotized: The Music of Fleetwood Mac:

Hypnotized, a five-member tribute group, evokes the spirit and sound of the 70's, performing album tracks, deep cuts and chart-topping hits from the infamous Fleetwood Mac. This group's steady percussion, soaring vocals and articulate guitar work replicate the music perfectly. Prepare yourself for a night of memories brought back through song, bringing you back to a time when music spoke to your soul when you are fortunate enough to attend one of these performances!

Hypnotized is a tribute group performing in homage to Fleetwood Mac, one of the bestselling rock and roll bands of all time. Evoking the spirit and sound of the 70's, Hypnotized performs album tracks, deep cuts and chart-topping hits from Rumours, Tusk, Tango in the Night, Mirage, Mystery to Me, and more. With steady percussion, soaring vocals and articulate guitar work akin to that of MAC's powerhouse line up, Hypnotized replicates the music of Fleetwood Mac exactly.

Foreigner 4 Ever celebrates the music of FOREIGNER, the band behind “I Want to Know What Love Is,” “Cold As Ice,” “Juke Box Hero,” and so many others of rock’s most enduring anthems. America's Foreigner tribute act will heat up the "cold as ice" Hartford night with a series of “hot blooded” songs!

We're sorry, the ticket(s) you wanted to Foreigner and Fleetwood Mac Tributes for the performance on Saturday, February 25, 2023 at 6:00 PM CST have just sold out or the event is no longer available for sale via the internet if the curtain time is nearing.