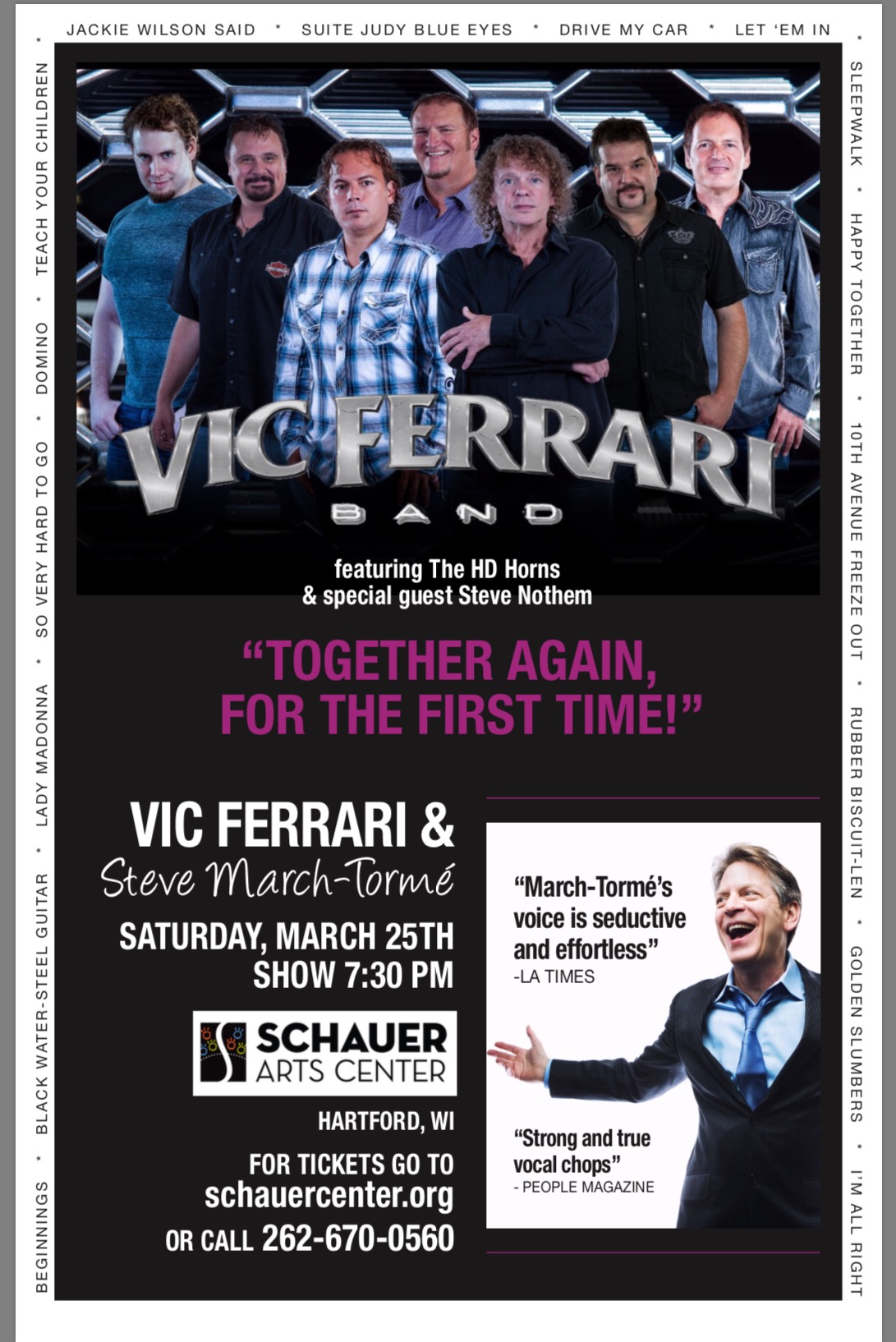 With over 2500 shows to their credit, Vic Ferrari has been the most versatile and "in-demand" musical acts in the Midwest since 1988. The band is unique because of their attention to detail in their performances, arrangements and production. Vic Ferrari & fans are passionate about making music a positive change for good. For this performance, the band is joined by singer/songwriter/radio host Steve March-Tormé, son of the multi-talented Mel Tormé and stepson of actor/TV game show host Hal March. Steve is known nationally as a jazz singer, but in this concert he'll pay tribute to some of his early musical influences including The Beatles; Crosby, Stills & Nash; and Kenny Loggins. Don't miss this musical marriage, Together Again -- For the First Time, on The Grand stage!